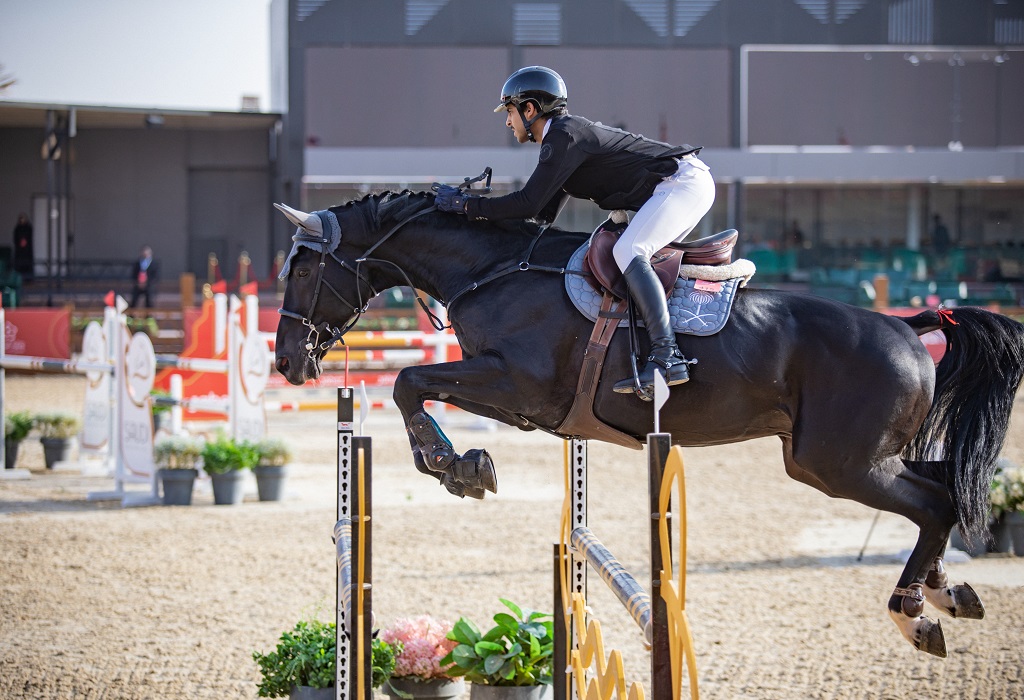 
The history of show jumping in the Kingdom:
Show jumping was not among the popular equestrian activities such as horse racing, Arabian horses show, and endurance. But interest in the sport of show jumping began to grow over the years, and special events began to be held in some of the oldest clubs in the Kingdom with the cooperation of this sports fans from Saudis and expats until this interest was crystallized in the formation of the Saudi Equestrian Federation in 1410. 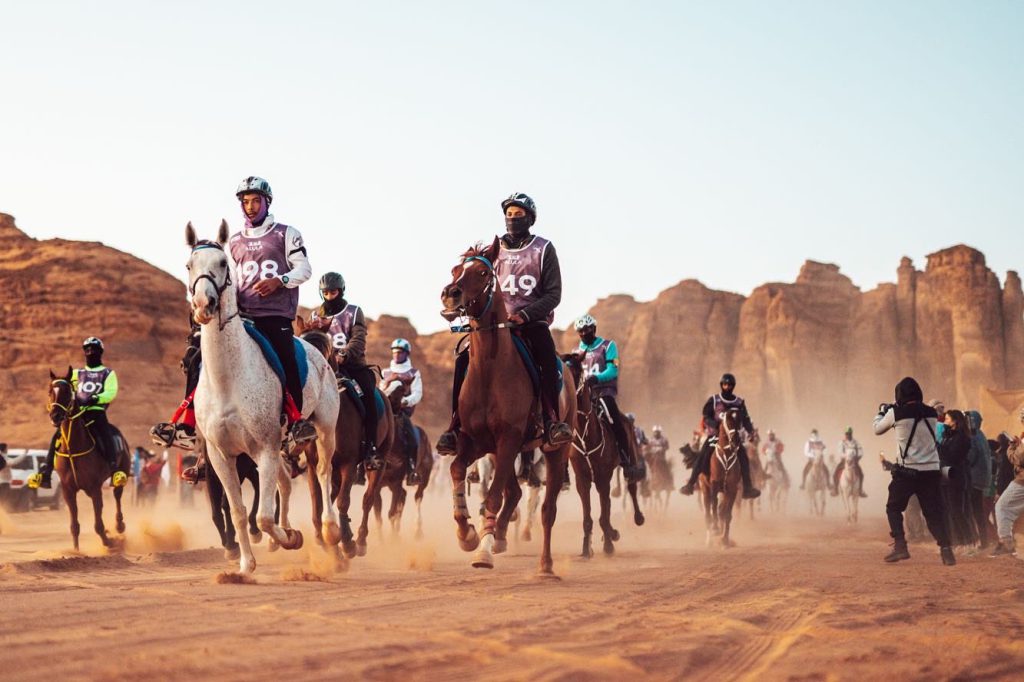 The Kingdom of Saudi Arabia has a distinguished history in endurance competitions in the Middle East, where the first championship for this sport was held in the Kingdom in 1992.

The sport of endurance is one of the sports approved under the umbrella of the International Equestrian Federation, where its competitions test the ability of the horse and the rider to withstand long-distance races according to specific laws. The distances of its races range between 40 and 240 km, divided into several stages and different classifications according to distances. 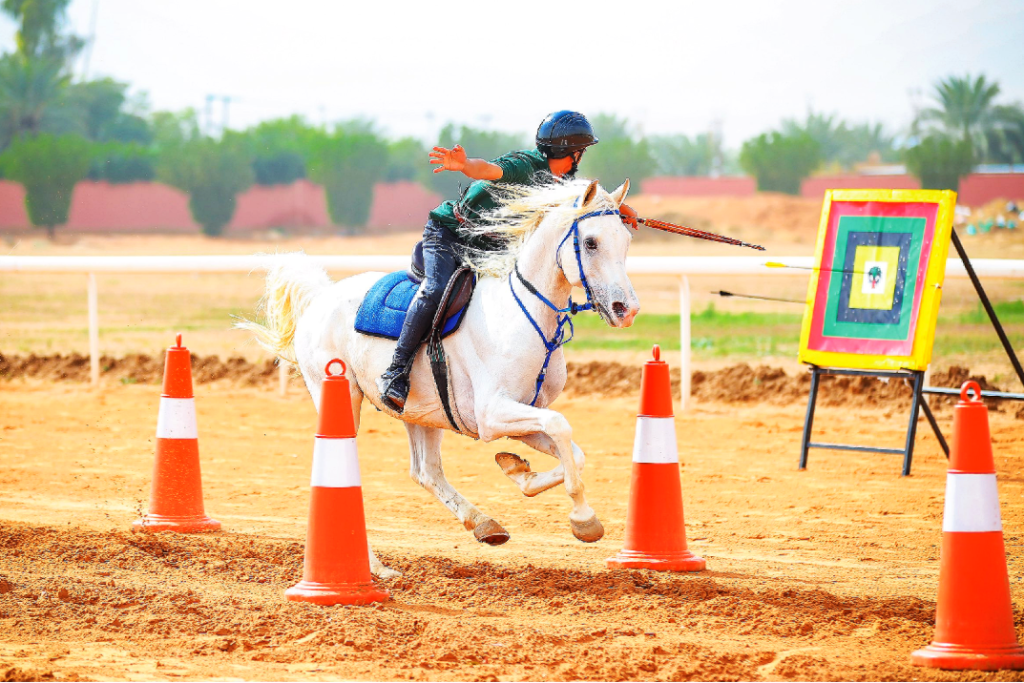 Equestrian archery sport has an extensive historical depth, as it has been one of the most prominent military skills throughout history. In the modern era, it has turned into a sport that has begun to expand its spread globally. This sport has found a fan base in the Kingdom of Saudi Arabia, so the Saudi Equestrian Federation decided to adopt it within its sports in 2020. Horseback archery has a highly competitive value, and its riders possess basic equestrian skills. In addition to the archery skill, its competitions usually depend on rhythm and balance, and excellence in its performance requires riders to coordinate movement flexibly and accurately. 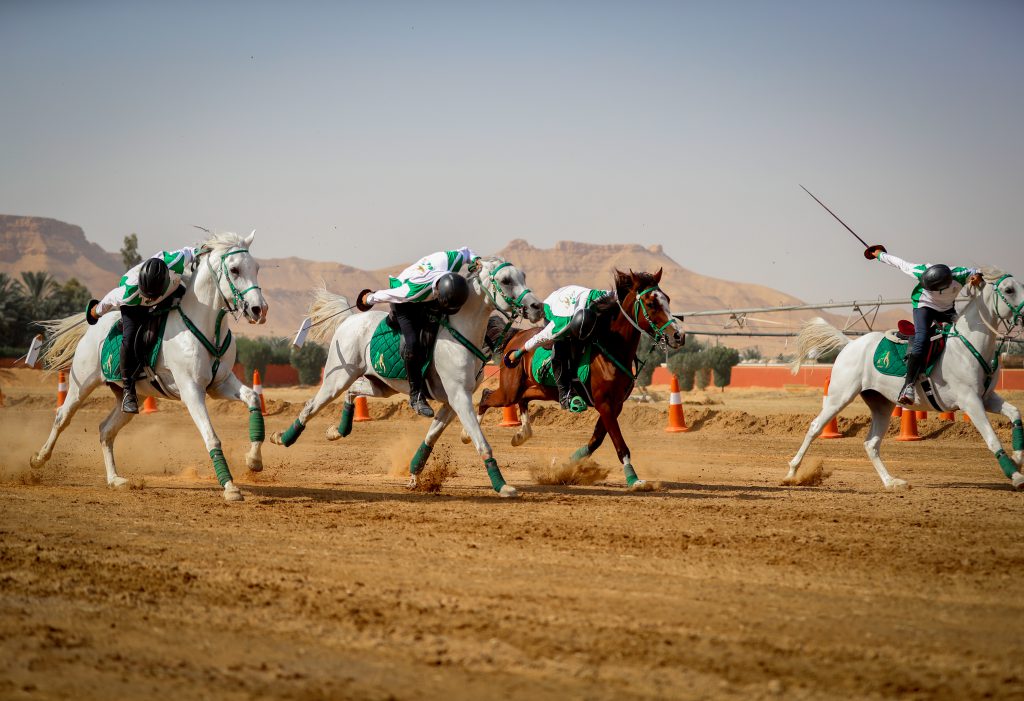 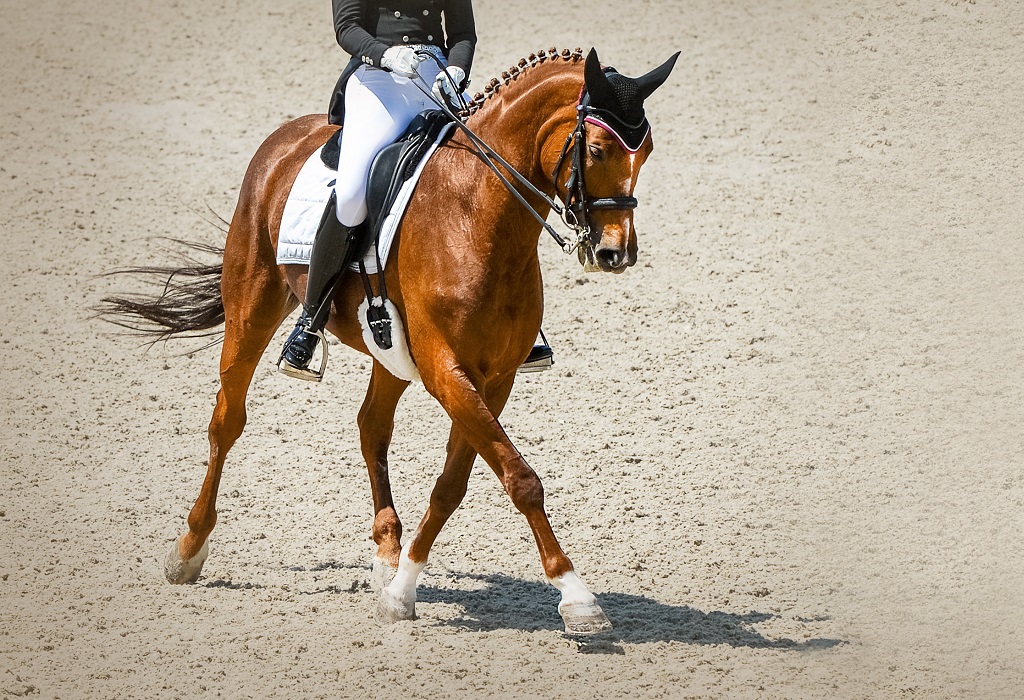 The history of dressage dates back to ancient Greece, and horse dressage is interpreted as a form of horse training, and it is an art in the equestrian world on which other disciplines depend mainly. The Greeks adopted the method of taming horses to train them for wars, as it was the only way to survive the battles. Modern dressage took a different form, where music was added to accompany the free dressage competition, and it achieved impressive success. The contest appeared for the first time in the 1996 Atlanta Games.


In its current definition, dressage is an activity between the sport and the equestrianism art, which requires a lot of discipline and ability and, at the same time, gives wonderful magical moments whenever the horse appears to dance to the tunes of music gracefully and softly.


The dressage match is a show presented by the rider and his horse, where they perform in a rectangle 60 meters long and 20 meters wide, a series of steps that are either fixed and predetermined or free in which the knight and his horse follow some movements to the rhythm of the music. These movements are performed in a specified place and at a required speed. It may come to the mind of the audience, who does not know dressage, while watching the exciting performance of the knight and his horse, that this type of equestrian is easy, but it is not. The perfection of the performance in the match comes only as a result of years of continuous practice and hard work. 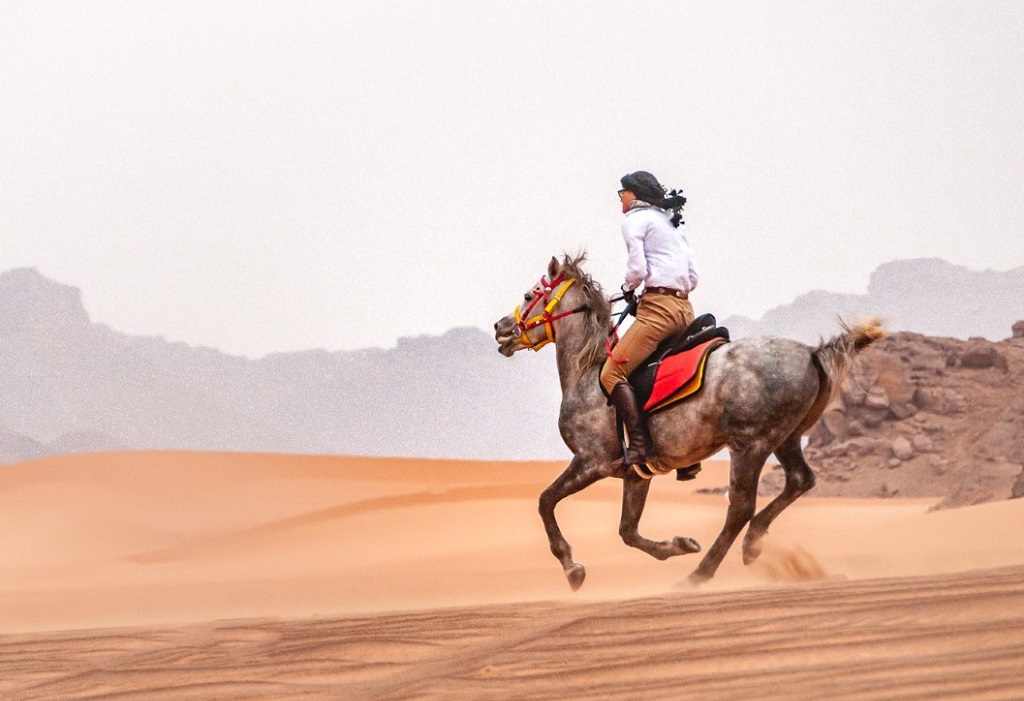 Equestrian tourism activity consists of organized horse riding trips, ranging from hours to days. Organized by specialized equestrian tourism centers, an equestrian club, or an academy, this activity contributes to exploring the beauty of Saudi Arabia's landscape, heritage, and tourism on horseback. In addition to being an enjoyable activity for all, whether beginners or experienced riders.